From Tinguely to Hells Angels to Ferraris:
Heinz Wehrli and Elsa Hotz are collectors by virtue of friendship. 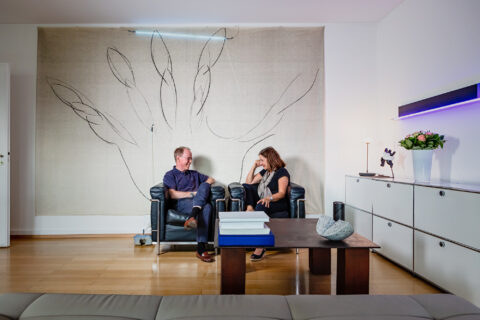 The house in which Heinz Wehrli and Elsa Hotz live is not only a living space, but also an exhibition area – both inside and outside. Among others, works of art by Tinguely, Niki de Saint Phalle, Mario Merz and François Morellet are on display here, but also objets d’art of a somewhat different kind – or rather of a very specific Ferrari kind: a 330 GTC, a Daytona, an SA Aperta, an F12 TDF, a LaFerrari, a 488 Pista and an F40. And a carefully curated library. A very personal museum and an impressive environment. For Heinz and Elsa, prestige plays no role at all, because their art treasures represent the friendly relationships they have with their fellow human beings. They mainly collect works by artists who were or are a part of their lives. Most of them they also know personally. This natural closeness to art and artists is something they both learned from their parents growing up: when he was only 14, Heinz converted the attic to decorate the walls with paintings by Dutch and French painters from the nineteenth century, which his father collected. And Elsa also grew up with a father who shaped and influenced her accordingly: the architect and art collector often hosted artists at his home. He was especially close to Tinguely. This is why the latter had his own room in the family home to stay in whenever he came to visit from Paris – and he enjoyed Elsa’s mother’s cooking. Elsa, by the way, is no less talented than her mother when it comes to cooking: her French apple pie is to die for. But other artists also came and went at the Hotz residence. The distinguished group often met at events and small festivities. Elsa, and later her husband, Heinz, always lent a helping hand and provided support whenever required – whether as service staff, in the kitchen or in the garden.

LEAVING THE NEST
In addition to this early contact with the art scene, Elsa also nurtured her own creative streak. For a long time, she thought of going to arts college or training as an architect, which would have seen her follow in her father’s footsteps, until she finally discovered her interest in biology and embarked on a career in medicine. But as a newly qualified senior physician, her passion for art was by no means diminished: spending her first four months’ wages, she immediately and proudly bought a sculpture by Niki de Saint Phalle. Heinz also went his own way, in that – unlike his parents – he developed an interest in modern, especially constructivist art. At an exhibition of the Museum of Design, which is still famously remembered today, he bought a work of art by Anton Stankowski, the founder of Swiss commercial art. The first art he owned cost him just 50 Swiss francs. But he did not have enough money to have the picture framed. Heinz therefore constructed a frame himself on the spot – with dimensions that were too tight and signs of readjustment. And that is exactly how it still hangs in their home today. 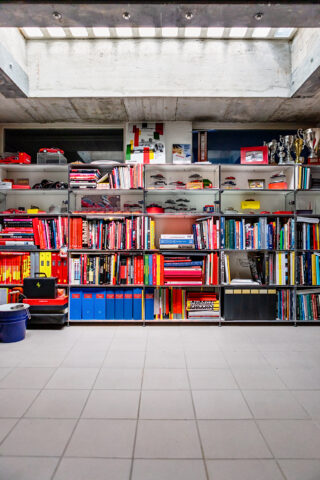 THREE DIFFERENT STYLES
Over the years, three important core elements have emerged in Elsa and Heinz’s collection: on the one hand, there is the constructivist art that sprang up from Zurich all over the world and in which Heinz took an interest at an early age. On the other hand, the revolutionary Arte Povera, which symbolises a suspension of iconographic conventions and traditional symbolic language: the banal or everyday becomes a work of art. What matters here is the poverty of the material as well as the poverty of the means and effect.

And last but not least, there is neon art, which captivates the viewer with its sensual radiance and signal effect. Its proximity to technology as well as to the artificial, to the world of commodities, to popular culture and advertising holds a special fascination. For Elsa and Heinz, physics and metaphysics rarely come as close to each other in art as they do in neon art. What all three style choices have in common is that Elsa and Heinz select the respective works of art in relation to the person – without any regard for what a speculative investor is expected to collect. Fondness for the artist and his or her philosophy always takes centre stage. Perhaps this is why they have never resold a work of art, but only given it away to special and select people.

In keeping with this principle, it is easy to understand why Elsa and Heinz’s collection also includes less famous works of art. For in addition to the art market, which has almost become a spectacle, where galleries set the pace, there are also artists who, although less successful, are nevertheless compelling. For example, a former rocker and Hells Angel – and a witness at their wedding – never achieved international success despite great technical skills in working with steel, glass, plaster, stone and polyester. “Jeannot Tinguely, by contrast, rose to world fame with his works, even though he was technically rather chaotic. His gushing manner and his explosive ideas probably had that certain je ne sais quoi,” say Elsa and Heinz. 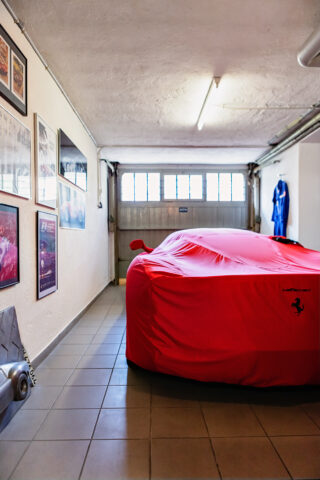 A GLAMOROUS CLUB
Of course, Elsa and Heinz also own art by Jeannot Tinguely: a kinetic sculpture, with its jerky, anything but perfectly functioning mechanical parts, which they had given themselves as a wedding present, stands in their garden. “It reminds us that everything is in a constant state of flux and equally captures us in the moment of chance contemplation,” explains Elsa. Although Tinguely has been commercialised too much for her liking, he still remains a hands-on and tangible artist for her, she adds. It is a similar story when it comes to other celebrities whom Elsa and Heinz have had the pleasure of meeting personally in a very natural and spontaneous way, such as Eva Aeppli, Niki de Saint Phalle, Max Bill or Pipilotti Rist, who visited them only recently – just in case anyone thought the name-dropping at the start of the article could not possibly be topped. Do they need so much glamour in their life? No, because that does not matter to Elsa or Heinz. They are all about friendship and their personal relationships with people. For example, they both remember very clearly and fondly the time when Luca di Montezemolo personally shook their hands in St. Peter’s Square at night when they arrived from the Mille Miglia to congratulate them on their racing success.

Heinz would like to take part in races again in the future – after his active working life – and compete in mountain races with historical vehicles the way he used to. According to him, these all but stopped 30 years ago, but are now being rediscovered. And he also wants to work again on his Ferrari classic cars himself. He is excited about his friend’s garage. As he puts it, with his encyclopedic knowledge and an enormously well-stocked inventory of spare parts, his friend could effortlessly assemble a Daytona or SWB from spare parts alone. “I would be interested to know what improvements could be made to the old craft today – for example, with new materials and methods. I would love to learn how to repair old Ferraris with engineering logic when something does not work,” raves Heinz. Whether his skills are like those of the technically gifted wedding witness or more like those of the chaotic Tinguely remains to be seen.