B.I. COLLECTION
WILL BECOME A DISTRIBUTOR
FOR DE TOMASO 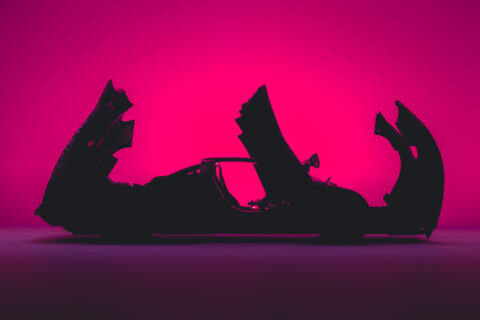 At the core of the partnership, not only will there be the distribution of highly exclusive and very limited models developed and manufactured by De Tomaso and its strategic partner, Capricorn from the initial configuration to the one-of-a-kind driving events at the most legendary locations.

“Since the revival of De Tomaso, there has been a large focus on the P72 and its development programme, which is progressing very well.” In addition, we have been making extensive progress on our business development, setting a strong foundation for the future expansion of De Tomaso. Today we are proud to announce a new collaboration. Through our partnership with B.I. Collection, we believe we have found a specialized partner, who is ahead of the curve when it comes to the combination of professional and trusted services with a customer experience matching the highest expectations.”

Aligned with B.I. Collection’s vision of “Luxury beyond cars,” the high-end partnership with De Tomaso is perfectly suited in expanding their unique ‘Experience Universe’ with legendary and luxury car brands like Bugatti, Porsche, and Ferrari, as well as collaborations like the recently announced partnership with the design atelier Zagato.

“With our new location in St. Gallen, we will develop a concept store which underlines that the automotive sector, and in particular the luxury space, is undergoing significant change. The new partnership with an iconic European American brand with a rich history, bold reputation, and treasured European sophistication like De Tomaso is a brilliant start to continue this transition.”

This decision further solidifies the philosophy of a relentless pursuit of excellence, expanding De Tomaso’s internal team whilst embracing world-class partnerships. This approach and ethos have always been rooted in having the humility to seek the best partners in the world

Founded in 1959 by racer and visionary Alejandro de Tomaso, De Tomaso Automobili is an iconic European American brand with a rich history, bold reputation and treasured European sophistication and luxury. Often known for its most successful model, the Pantera (1970-1993) and its decades-long partnership with Ford, the company’s deep roots in the American automotive landscape also include collaborations with automotive legends and visionaries such as Lee Iacocca, Carroll Shelby, Peter Brock and Tom Tjaarda. De Tomaso, known also as an M&A specialist whereby, in the 1960-1970s, it acquired names such as Ghia, Vignale, Innocenti, Moto Guzzi, Benelli and owned Maserati from 1975-1993. In 2014, Ideal Team Ventures (ITV), widely known for its rebirth of Apollo Automobil, acquired the rights to De Tomaso, leading to the company’s revival introduction in 2019 of the coveted P72, which pays homage to De Tomaso’s P70 racing car in a tribute to the brands 60th anniversary. The P72’s are currently in the final phases of their homologation programme and production of the P72 is slated to begin in 2023. The production will be undertaken in a strategic partnership with Capricorn at a brand-new facility at the Nürburgring in Germany.