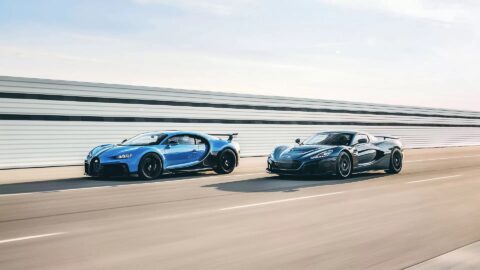 Porsche and Rimac Automobili finalised their plans for a new joint venture from Bugatti and Rimac today. It will be called Bugatti Rimac. The CEOs of both brands, Oliver Blume and Mate Rimac, have signed the related agreements. They set out an equity share of 55% for Rimac Automobili and 45% for Porsche. The launch is planned for the final quarter of 2021, pending the agreement from competition authorities in some countries. Bugatti will be brought into the joint venture by Volkswagen, its current owner. The shares will then be transferred to Porsche. The new company, Bugatti Rimac, will unite two strong brands. Together, they will form a fascinating mega-producer of sports cars, equally attractive to both clients and employees.

Bugatti Automobiles S.A.S. will remain at its historic headquarters in Molsheim, France, where the company was founded in 1909. Bugatti has always been a leader in the automotive industry, often exceeding the expectations of its customers and fans the world over. Bugatti’s long line of tradition and extensive experience will enable a significant contribution to the success of Bugatti Rimac – not just in terms of their craftsmanship and comprehensive knowledge of small-series production and the production and processing of carbon and other lightweight materials, but also due to the globally established dealer network.